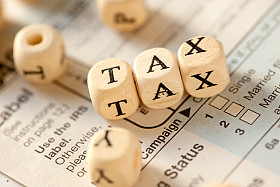 Several federal income tax breaks for individuals and businesses expired at the end of 2013. Although we're solidly into 2014, Congress has, so far, failed to extend many of the tax savings opportunities that you've become accustomed to. (Some observers predict that Congress won't act for months.)

Here's a summary of some noteworthy deductions and credits that won't be available, or will be significantly reduced, in 2014. Many of these federal income tax breaks were available (at varying levels) for several years before expiring on New Year's Eve.

For federal income tax purposes, cancelled debts generally count as taxable cancellation of debt (COD) income. However, a temporary exception applied to COD income from cancelled mortgage debt that was used to acquire a principal residence. Under the temporary provision, up to $2 million of COD income from principal residence acquisition debt that was cancelled between 2007 and 2013 was treated as a tax-free item for federal income tax purposes.

Individual retirement account (IRA) owners who had reached age 70 1/2 by December 31, 2013, were allowed to make charitable donations of up to $100,000 directly out of their IRAs in 2013. The donations counted as IRA required minimum distributions.

So, charitably-inclined seniors who had more IRA funds than needed could reduce taxes by arranging for IRA donations to take the place of taxable required minimum distributions in 2013.

In 2013, you could deduct up to $4,000 (or up to $2,000 for higher-income folks) for qualifying higher education tuition and related feeds paid for you, your spouse, or your dependents.

For 2013, taxpayers could claim a tax credit of up to $500 for certain energy-saving improvements to a principal residence.

Your employer may allow you to sign up to reduce your taxable salary to pay for mass transit passes to commute to and from work. In 2013, the maximum monthly amount you could set aside on a tax-free basis was $245. The maximum monthly amount for 2014 will be only $130 unless Congress decides to allow a larger amount. (If that happens, the larger amount would be $250.)

For 2013, teachers and other personnel at K-12 schools could deduct up to $250 of school-related expenses they paid out of their own pockets, regardless of whether they itemized or not.

Charitable qualified conservation contributions are donations of real property interests (including remainder interests and easements) that restrict the use of real property. For individuals, the maximum write-off for 2013 qualified conservation contributions of long-term capital gain property was increased from the normal 30% to 50% of adjusted gross income.

For qualified small business corporation (QSBC) stock that was issued in calendar year 2013, a 100% federal gain exclusion break is potentially available. That equates to a 0% federal income tax rate on future profits from selling QSBC shares down the road. You must hold the shares for more than five years to be eligible, and many companies will fail to meet the definition of a QSBC. Also, C corporation shareholders are ineligible. For QSBC shares issued in 2014, the "normal" gain exclusion percentage of 50% will apply unless Congress restores the 100% gain exclusion deal.

In 2013, individuals could claim a federal tax credit for up to 30% of the cost of installing non-hydrogen alternative fuel vehicle refueling property. This credit could be claimed for expenditures such as equipment to recharge electric-powered car batteries at a principal residence. For individuals, the annual cap for this credit was only $1,000. A credit for hydrogen refueling property is allowed through 2014.

Businesses are no longer eligible for a long-standing tax break for increasing qualifying R&D expenditures (QREs), including wages, supplies, and certain consulting and contract research fees related to qualified research activities. In 2013, this credit generally equaled 20% of the amount by which current-year QREs exceeded a base-period amount (subject to a 6.5% maximum).

For qualifying new (not used) assets that were placed in service (hooked up and ready for use) in calendar year 2013, taxpayers could write off 50% of the cost in the asset's first year of service. Qualifying assets included most software, certain "heavy" passenger vehicles, non-passenger vehicles, and equipment.

For tax years that began in 2013, eligible small and medium-sized businesses could immediately write off up to $500,000 of qualifying new and used assets, including most software, certain "heavy" passenger vehicles, non-passenger vehicles, equipment, and up to $250,000 of qualifying real estate improvements. Assets had to be placed in service (hooked up and ready for business use) by the end of the tax year that began in 2013 to be eligible.

In 2013, homebuilders were eligible for a $2,000 tax credit for each new energy-efficient home they built in the United States, including manufactured homes. Firms could also claim this credit for substantially reconstructing and rehabilitating an existing home and making it more energy efficient. Homes that did not fully meet the energy-efficiency standards could qualify for a reduced $1,000 credit. A home had to be sold by December 31, 2013, for use as a residence to qualify for the credit.

In 2013, businesses could claim a federal tax credit for up to 30% of the cost of installing non-hydrogen alternative fuel vehicle refueling property. This credit could be claimed for expenditures such as a gas station's costs to install ethanol, compressed natural gas, or hydrogen refueling pumps or equipment to recharge electric-powered car batteries. For businesses, the annual cap for each location for this credit was $30,000. A credit for hydrogen refueling property is allowed through 2014.

For eligible built-in gains that were recognized in tax years beginning in 2013, however, there was an exemption from the BIG Tax. The exemption applied if the fifth year of the S corporation's recognition period had gone by before the start of the tax year that began in 2013.

Businesses that were not operated as C corporations were entitled to an enhanced charitable contribution if they donated food to qualified charities in 2013. This provision was intended for non-C corporation businesses that have food inventories, such as restaurants and grocery stores. These deductions are normally limited to the taxpayer's basis in the food or its fair market value, whichever is lower. But in 2013, the temporarily enhanced deduction equaled the lesser of:

The same enhanced deduction rule has been available to C corporations for years, and still is. The taxpayer's total charitable contribution deduction for food donations under this provision generally could not exceed 10% of net income for the tax year from sole proprietorships, S corporations, or partnerships (or other non-C corporation entities) from which the food donations are made.

Let us know if you have any questions regarding these changes!  We are here to help - BKHM CPAs