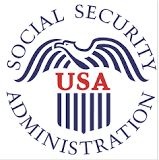 The Social Security Administration (SSA) announced on Friday that the maximum amount of wages in 2018 subject to the 6.2% Social Security tax (old age, survivor, and disability insurance) will rise from $127,200 to $128,400, an increase of a little more than 1%. By comparison, the 2017 wage base increased more than 7% over the 2016 wage base.

Among the other increases is the amount a worker under full retirement age can earn before he or she has Social Security benefits reduced. The limit increases from $16,920 for 2017 to $17,040 for 2018, after which $1 in benefits is withheld for every $2 earned above the limit.

There is no limit on the amount of wages subject to the other portion of the FICA tax, the 1.45% Medicare tax.