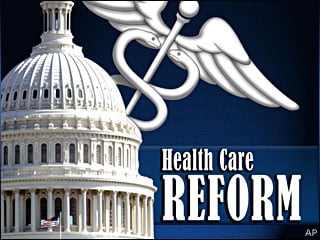 The bombshell July 2 announcement came in the form of a blog post on the U.S. Treasury Department's website, accompanied by a statement from the White House. The employer "shared responsibility" or “pay or play” provision is being delayed one year, until 2015. The move was described, essentially, as a consequence of the IRS' failure to provide employers and health plans with guidance for their reporting obligations under Sections 6055 and 6056 of the Affordable Care Act (ACA).

Those sections cover the detailed information the IRS will require about the health plans offered to employees. Without guidance concerning what to report, the IRS would not have a way to measure whether or not employers are complying with their obligations under the law.

Nevertheless, the government doesn't want the delay to cause employers' compliance efforts to grind to a complete halt. Mark Mazur, the Treasury Department's Assistant Secretary for Tax Policy, stated:  "Once these rules have been issued, the Administration will work with employers, insurers, and other reporting entities to strongly encourage them to voluntarily implement this information reporting in 2014, in preparation for the full application of the provisions in 2015. Real-world testing of reporting systems in 2014 will contribute to a smoother transition to full implementation in 2015."

Mazur also promised "formal guidance describing this transition" would be issued soon and detailed rules on reporting will be issued sometime in the summer.

Finally, a statement from the White House said the government is still moving "full speed ahead" on opening the health exchanges on time.

Note: The Obama Administration also announced that it would not require the new insurance marketplaces to verify the income and health insurance status of consumers in 2014. Instead, it would rely on what consumers report until 2015, when better verification systems would be in place.

Not All ACA 2013 Tasks Are Postponed

Some employers may wrongly conclude that all aspects of healthcare reform are postponed. Keep in mind that employers face other compliance requirements during, or by the end of, 2013. Examples include (if applicable):

The delay creates an opportunity for employers to reconfirm whether the play or pay decision strategy they mapped out for 2014 is still the best path. Chances are, nothing has changed since the original decision that would indicate the need for a new course.

However, this may not always be the case. For example, suppose you decided to reduce many employees' working hours below the 30-hour coverage threshold. After those plans became known, you encountered a stronger-than-expected backlash. Employees told you they would rather give up health coverage than see their hours cut. Or perhaps you worry about getting a surge in orders and need to increase part-time employees to 30+ hours per week for a while, throwing a wrench in the works. This breather allows time to reconsider how to proceed.

For more information about your situation, consult with your employee benefits, tax, and legal professionals at info@bkhmcpa.com or 407-998-9000.