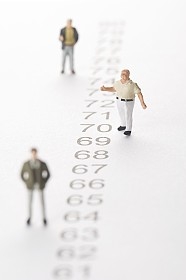 If you have a traditional IRA, you might benefit from converting all or a portion of it to a Roth IRA. A conversion can allow you to turn tax-deferred future growth into tax-free growth. It also can provide estate planning advantages: Roth IRAs don’t require you to take distributions during your life, so you can let the entire balance grow tax-free over your lifetime for the benefit of your heirs.

The downside of a conversion is that the converted amount is taxable in the year of the conversion. But there are a couple of reasons why 2012 may be the right year to make the conversion and take the tax hit:

1. Saving income taxes. Federal income tax rates are scheduled to increase for 2013 and beyond unless Congress extends current rates or passes other rate changes. So if you convert before year end, you’re assured of paying today’s relatively low rates on the conversion. In addition, you’ll avoid the risk of higher future tax rates on all postconversion growth in your new Roth account, because qualified Roth IRA withdrawals are income-tax-free.

2. Saving Medicare taxes. If you convert in 2012, you don’t have to worry about the extra income from a future conversion causing you to be hit with the new 3.8% Medicare tax on investment income, which is scheduled to take effect in 2013 under the health care act. While the income from a 2013 (or later) conversion wouldn’t be subject to the tax, it would raise your modified adjusted gross income (MAGI), which could cause some or all of your investment income in the year of conversion to be hit with the Medicare tax.