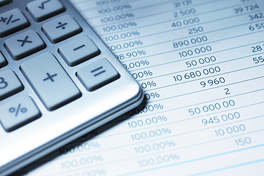 Make the most of depreciation-related breaks while you can.

Many businesses may benefit from purchasing assets by Dec. 31 to take advantage of depreciation-related deductions that are scheduled to either disappear or become less favorable in 2013:

Bonus depreciation. For qualified assets acquired and placed in service through Dec. 31, 2012, this additional first-year depreciation allowance is, generally, 50%. Among the assets that qualify are new tangible property with a recovery period of 20 years or less and off-the-shelf computer software. With a few exceptions, bonus depreciation is scheduled to disappear in 2013.

Section 179 expensing. This election allows a 100% deduction for the cost of acquiring qualified assets, and it’s subject to different rules than bonus depreciation. On the plus side, used assets can qualify for Sec. 179 expensing. On the minus side, a couple of rules may make Sec. 179 expensing less beneficial to certain businesses:

These depreciation opportunities, however, bring with them a challenge: Determining whether the larger 2012 deductions will prove beneficial over the long term. Taking these deductions now means forgoing deductions that could otherwise be taken later, over a period of years under normal depreciation schedules.

In some situations, future deductions could be more valuable. For example, tax rates for individuals are scheduled to go up in 2013, which means flow-through entities, such as partnerships, limited liability companies and S corporations, might save more by deferring the deductions.

Finally, keep an eye on Congress: It’s possible the current versions of these breaks could be extended or even enhanced.