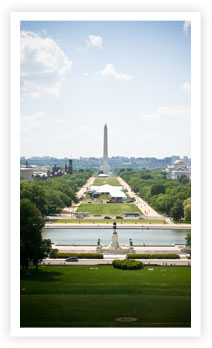 On November 6, 2012, Americans will elect the occupant of the White House for the next four years. As President of the United States, he will play a major role shaping tax policy and possibly reforming the entire Tax Code. This special CCH Briefing describes the tax policies of President Barack Obama, the Democratic Party candidate for President, and former Governor Mitt Romney, the Republican Party candidate for President, with analysis of the potential impact of their tax positions both for the immediate future and for 2014 and beyond.

Under current law, the Bush-era tax cuts (reduced income tax rates, reduced capital gains/dividends tax rates, and much more) are scheduled to expire after December 31, 2012. Effective January 1, 2013, sequestration under the Budget Control Act of 2011 is scheduled to take effect, with the goal of reducing the federal budget deficit by nearly $1 trillion over 10 years. In addition, after 2011, a host of so-called tax extenders expired, and after 2012, numerous additional temporary incentives are scheduled to sunset. Moreover, the 2012 payroll tax holiday, which reduced the employee-share of OASDI taxes by two percentage points, is also slated to expire after December 31, 2012. The combination of all these events has many commentators referring to 2013 as "taxmageddon" or the "fiscal cliff."

The balance between Democrats and Republicans in the House and the Senate may also change on election day. However, whether either party acquires sufficient political capital, let alone a mandate, on taxes to address short-term issues such as sunsetting provisions and long-term issues like tax reform, remains to be seen.

Between the date of publication of this special CCH Briefing and election day, November 6, 2012, the positions of the candidates may change. CCH has based this special Briefing on what it considers accurate, nonpartisan and unbiased information at the time of publication.

Short term. Before leaving for their August recess, lawmakers passed competing tax-cut extension bills in the House and Senate:

The general consensus is that, for the most part, the candidates will follow their respective party's lead, with Obama supporting the Democrat's Sen. 3412 and Romney supporting the GOP-sponsored HR 8. The two bills could serve as vehicles for the post-election lame duck Congress to extend some or all of the Bush-era tax cuts through 2013.

Long term."Tax reform" is a buzz word on the lips of both candidates and their political parties, but its definition and implementation remain relatively elusive. "Fairness,""economic growth,""infrastructure development," and "the national deficit" are all part of the present debate. Corporate and business tax reform, with its international component, and tax reform on the individual income and estate tax levels, have all been flagged by the candidates as essential to the upcoming debate.

Both candidates agree that something other than a complete sunset of the Bush-era tax cuts and complete elimination of extender provisions must take place. Preferably, decisions will be made quickly, but some Hill watchers predict the lame duck Congress will punt the task to the next Congress that convenes in January 2013.

To view the entire special report, click here.  BKHM is always available to answer any questions related to this subject - please contact us at 407-998-9000.