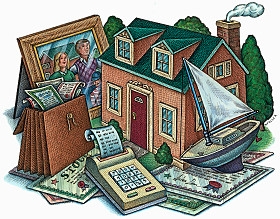 The classification of workers as independent contractors or employees can be nebulous at best -- there is no bright-line test, but the consequences of misclassification, whether inadvertent or deliberate, can be severe.That’s why there is a safe harbor (Section 530 relief) and a Voluntary Classification Settlement Program. Unfortunately, the taxpayers in a Tax Court case issued on Aug. 13, 2012, didn’t qualify for Section 530 relief, and made their mistake before the existence of the VCSP.

A husband-and-wife team, Blanche and James Dempsey, operated a masonry subcontracting business in Florida. James submitted proposals for masonry jobs acting through Atlantic Coast Masonry Inc., the S corporation he and Blanche owned. There were no full-time workers other than the Dempseys. Masons were hired on a per-job basis, and were supervised by a foreman, who worked both for the Dempseys and for others. The masons and laborers brought their own tools to the job sites, and were paid on a piecework basis.

The Dempseys were not paid wages by the corporation, but received multiple distributions, totaling hundreds of thousands of dollars, over 2004, 2005 and 2006. The IRS began an employment tax examination, and the Dempseys conceded before trial that they were employees of the corporation and thus were liable for employment tax. However, they contested the issue of whether their workers were employees.
The Tax Court held that, although there were factors on both sides of the issue, the masons hired by the corporation were employees, not independent contractors, and therefore the Dempseys were liable for unpaid employment taxes, additions to tax and penalties for the years in question.
In reaching its decision, the court considered seven relevant factors for “employee”:

1. The degree of control exercised by the principal over the details of the work;

2. Which party invests in the facilities used by the worker;

3. The opportunity of the worker for profit or loss;

4. Whether the principal can discharge the individual;

5. Whether the work is part of the principal’s regular business;

6. The permanence of the relationship; and,

7. The relationship the parties believe they were creating.

To qualify for Section 530 relief (Section 530 of the Revenue Act of 1978, which is law but was never made part of the Internal Revenue Code), the Dempseys would have had to satisfy these three requirements:

1. They must not have treated the individuals as employees for any period;

2. They must have consistently treated the individuals as nonemployees on all tax returns;         and,

3. They must have had a reasonable basis for not treating the individuals as employees.

Since they did not file the required information returns, including Forms 1099-MISC, for any of the workers in question, they failed to meet all of the Section 530 requirements.

Under the Voluntary worker Classification Settlement Program, instituted last year, taxpayers can prospectively reclassify their workers with very limited additional federal employment tax liability for past misclassification. Under the program, the amount owed effectively equals just over 1 percent of the wages paid to the reclassified workers for the past year, with no interest or penalties. Moreover, there’s no admission of guilt by participating in the program – it simply operates as a prospective change in how the employer treats workers.

Had the program been in effect before the Dempseys were audited, it would have been a good deal for them to participate. Of course, employers often have legitimate reasons to treat their workers as independent contractors, and that’s where the decision has to be made. Should the employer voluntarily come forward, or wait for an audit with the possibility of having to go to court to resolve the issue? It’s a business decision, but it’s also a no-brainer if there’s any doubt. Click here for link to website article.