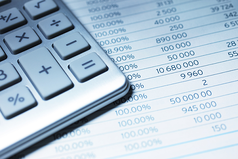 FAQ: Should I be paying estimated tax or having more withheld instead?

Some individuals must pay estimated taxes or face a penalty in the form of interest on the amount underpaid. Self-employed persons, retirees, and nonworking individuals most often must pay estimated taxes to avoid the penalty. But an employee may need to pay them if the amount of tax withheld from wages is insufficient to cover the tax owed on other income. The potential tax owed on investment income also may increase the need for paying estimated tax, even among wage earners.

The trick with estimated taxes is to pay a sufficient amount of estimated tax to avoid a penalty but not to overpay. The IRS will refund the overpayment when you file your return, but it will not pay interest on it. In other words, by overpaying tax to the IRS, you are in essence choosing to give the government an interest-free loan rather than invest your money somewhere else and make a profit.

When do I make estimated tax payments?

Individual estimated tax payments are generally made in four installments accompanying a completed Form 1040-ES, Estimated Tax for Individuals. For the typical individual who uses a calendar tax year, payments generally are due on April 15, June 15, and September 15 of the tax year, and January 15 of the following year (or the following business day when it falls on a weekend or other holiday).

Am I required to make estimated tax payments?

Generally, you must pay estimated taxes in 2012 if (1) you expect to owe at least $1,000 in tax after subtracting tax withholding (if you have any) and (2) you expect your withholding and credits to be less than the smaller of 90 percent of your 2012 taxes or 100 percent of the tax on your 2011 return. There are special rules for higher income individuals.

Estimated tax is not limited to income tax. In figuring your installments, you must also take into account other taxes such as the alternative minimum tax, penalties for early withdrawals from an IRA or other retirement plan, and self-employment tax, which is the equivalent of Social Security taxes for the self-employed.

Suppose I owe only a relatively small amount of tax?

There is no penalty if the tax underpayment for the year is less than $1,000. However, once an underpayment exceeds $1,000, the penalty applies to the full amount of the underpayment.

What if I realize I have miscalculated my tax before the year ends?

An employee may be able to avoid the penalty by getting the employer to increase withholding in an amount needed to cover the shortfall. The IRS will treat the withheld tax as being paid proportionately over the course of the year, even though a greater amount was withheld at year-end. The proportionate treatment could prevent penalties on installments paid earlier in the year.

What else can I do?

Determining estimated taxes can be complicated, but the penalty can be avoided with proper attention. This office stands ready to assist you with this determination. Please contact us if we can help you determine whether you owe estimated taxes.